Two Volare Sports athletes racing through the streets of Manhattan

On the 6th of November 2022 the TCS New York City Marathon will take place. Team Volare is ready for an exciting race with Albert Korir and Frank Futselaar at the startline.

Albert and Frank interviewed each other in these last few days before the race. Get to know their thoughts and how their preparation has been in below article.

(Albert Korir in Kapkitony. Photo made by Enock Kiprop)

One of the first things Frank asked Albert, when having a lively videocall: ‘When do you arrive New York? Can we go for a shakeout run together in Central Park?’ Whereby Albert answered he would be happy having a run together with his teammate. The conversation continued and Frank shared his memory being in New York during the TCS New York Marathon in 2019 and was part of the crowd when he saw Albert finishing second, just behind Geoffrey Kamworor.

Albert: ‘I remember running my first Abbott World Marathon Major that year and I was nervous. I was running with big names and this was my time to show what I was able to do. I believe that if I would have felt more confident during the race, I could have won that edition.

In 2021 I knew I was better than 2019, despite being out of competition for some time due to the pandemic, I knew I could do more.’ An exciting race where Mohamed El Aaraby and Eyob Faniel broke away early from the group to be followed by Kibiwott Kandie and Albert Korir. At 24km Albert left Kibiwott behind and cruised solo to the finish and won in 2:08:22. A time that came close to his personal best of 2:08:03.

While for Albert it’s his third time running in the Big Apple, for Frank it will be the second time. He ran the United Airlines Half Marathon in 2017. For Frank this was his first experience in a big race. He went out fast in the first 10km and the second half was slower, because he blew himself up. His experience wasn’t that good, especially the immense muscle pain in the legs the next day. ‘The roads in New York are different than in Kenya for example. The roads are concrete, not asphalt. I have adjusted my training as well to this, so that I am better prepared.’ Franks change to his new coach Grete Koens of Valley Running Team has been a good one. He ran a personal best during Dam tot Damloop 10 miles of 47:48.

Frank: ‘What did you see from the spectators?’

Albert: ‘There were so many spectators all along the course. The quietness on the bridge is impressive, that turns into sensation when heading into the city.’

When talking about the days and weeks before the race, both Frank and Albert agreed you become more aware of the things around you. People with flu you keep on a distance, to be careful not to get sick. ‘You start noticing more small pains as well.’ Albert says. ‘This is normal to me. I never feel 100% fit.’

(Frank Futselaar training in Kenya. Photo made by Enock Kiprop.)

Albert: ‘Who inspires you in life?’

Frank: ‘Roger Federer. He is such a great sportsman. He inspired me because of his technic. Also Christiano Ronaldo is an example. He really works hard for it. His work ethic is great.’

Frank continued: ‘I also heard that when you ran in Lake Biwa, Albert, you had a bad flu. Still that time you really ran great and it inspired me, because even though you didn’t feel well, you battled the race and ran well. This lesson thought me that you should always rely on the hard work put in the months before the race and not be worried when this happens before the race.’

Albert joined athletics when his cousin Bernard Kipyego was running well. He was his source of inspiration. Outside athletics he likes to follow Lewis Hamilton. ‘He has motivation to come back, even if he has a bad day. It’s my wish to watch a Formula 1 race live one day.’

There are so many upcoming athletes, who want to become great stars. ‘They need to learn to have patience.’ Frank says. ‘Don’t expect results after a month. Make a good plan and take time for your development. Albert adds to that: ‘They should lower their expectations. They should believe in themselves, in their talent. They shouldn’t be misled to take doping to succeed.’

(Frank Futselaar training in Kenya. Photo made by Enock Kiprop.)

Franks target for the marathon is to have a good race and balance the energy well during the 42km. His focus was on time in his last two marathons, but now his main target is to finish well in a balanced race. ‘Come with your own pace.’ Albert says. ‘Don’t go out too fast, Frank, as there are still challenges ahead. The first one immediately comes after the start, when you are going over the bridge.’

When asking Albert what his target is, he only has one answer: ‘To defend my title and take the 2022 victory!’ 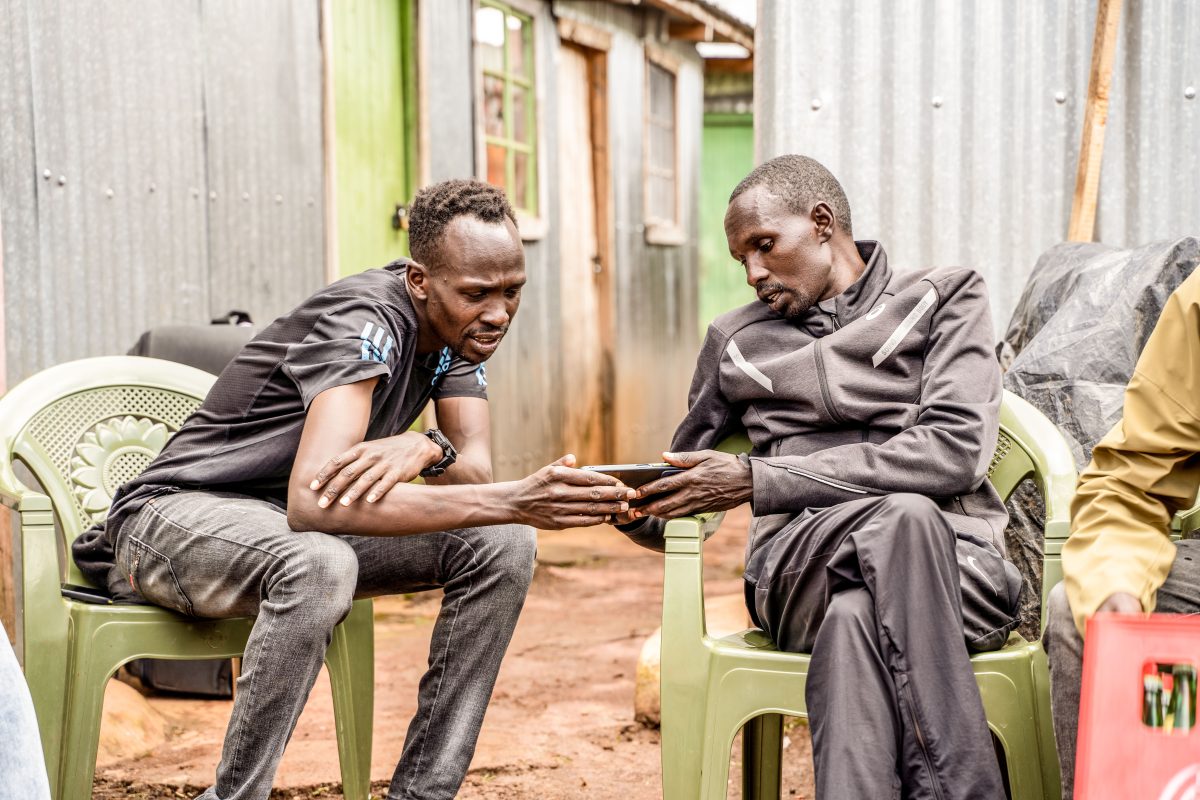 If you want to know how to  watch Albert and Frank, check: https://www.nyrr.org/tcsnycmarathon/race-day/watch-the-race.